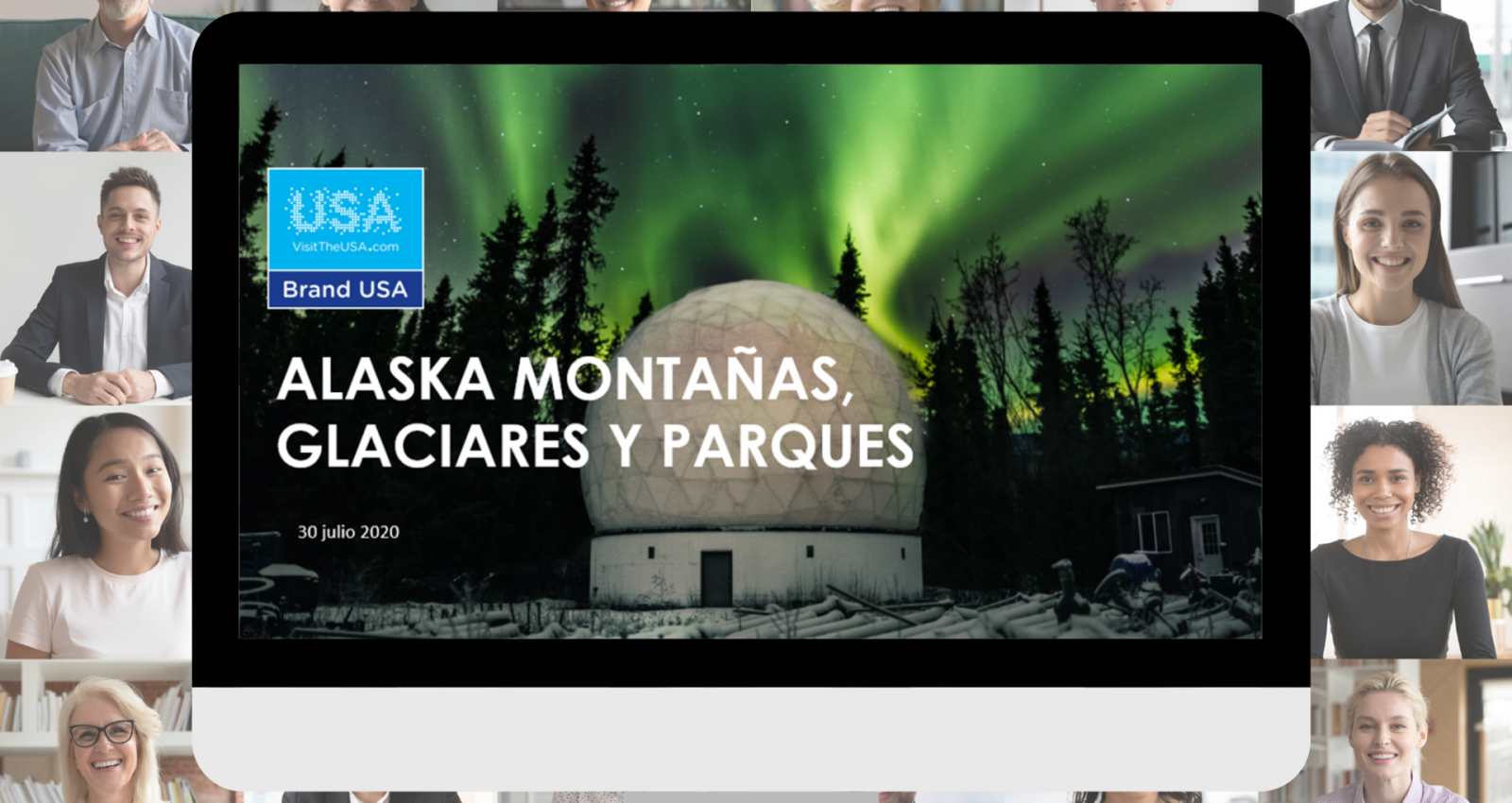 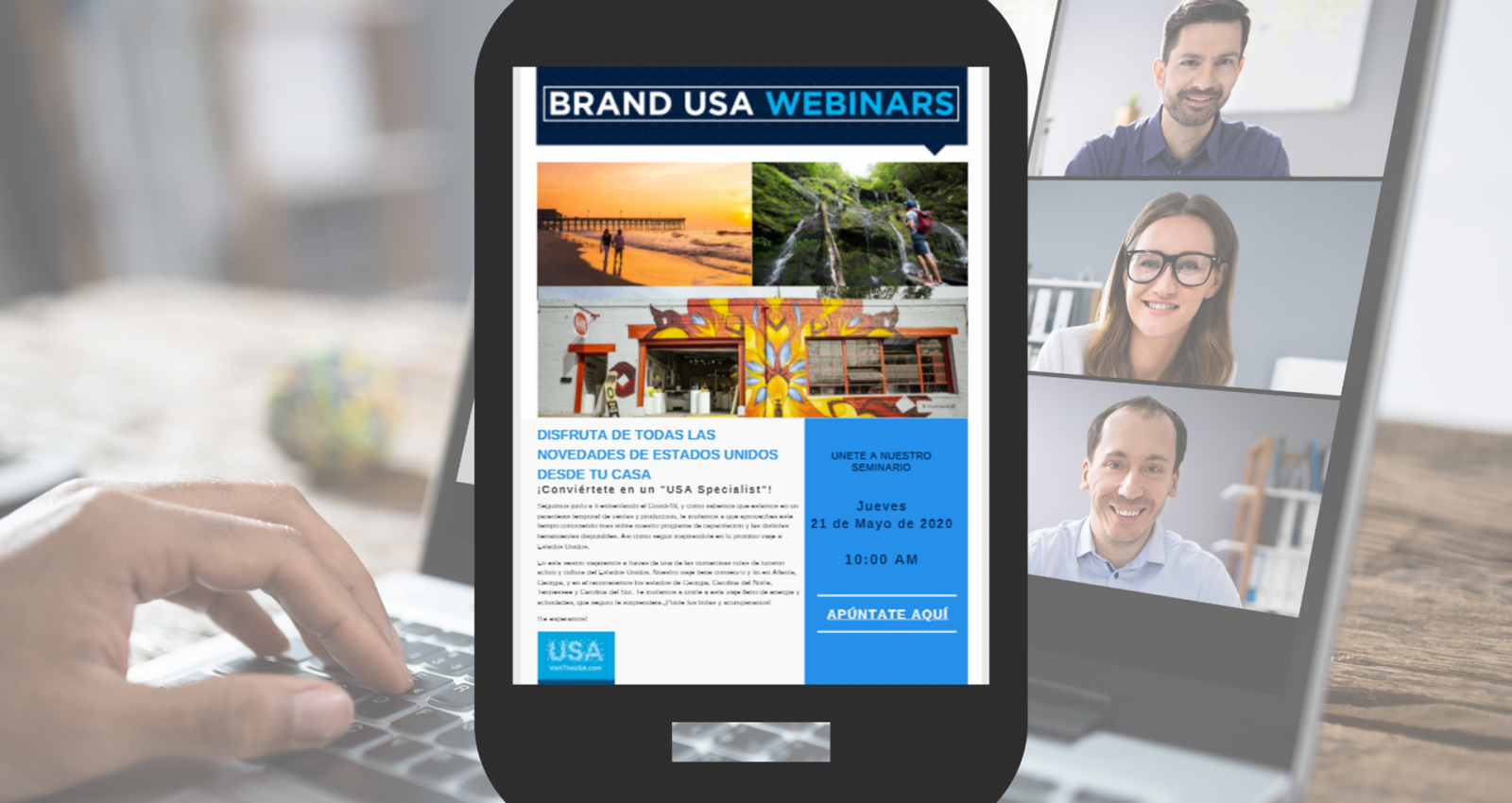 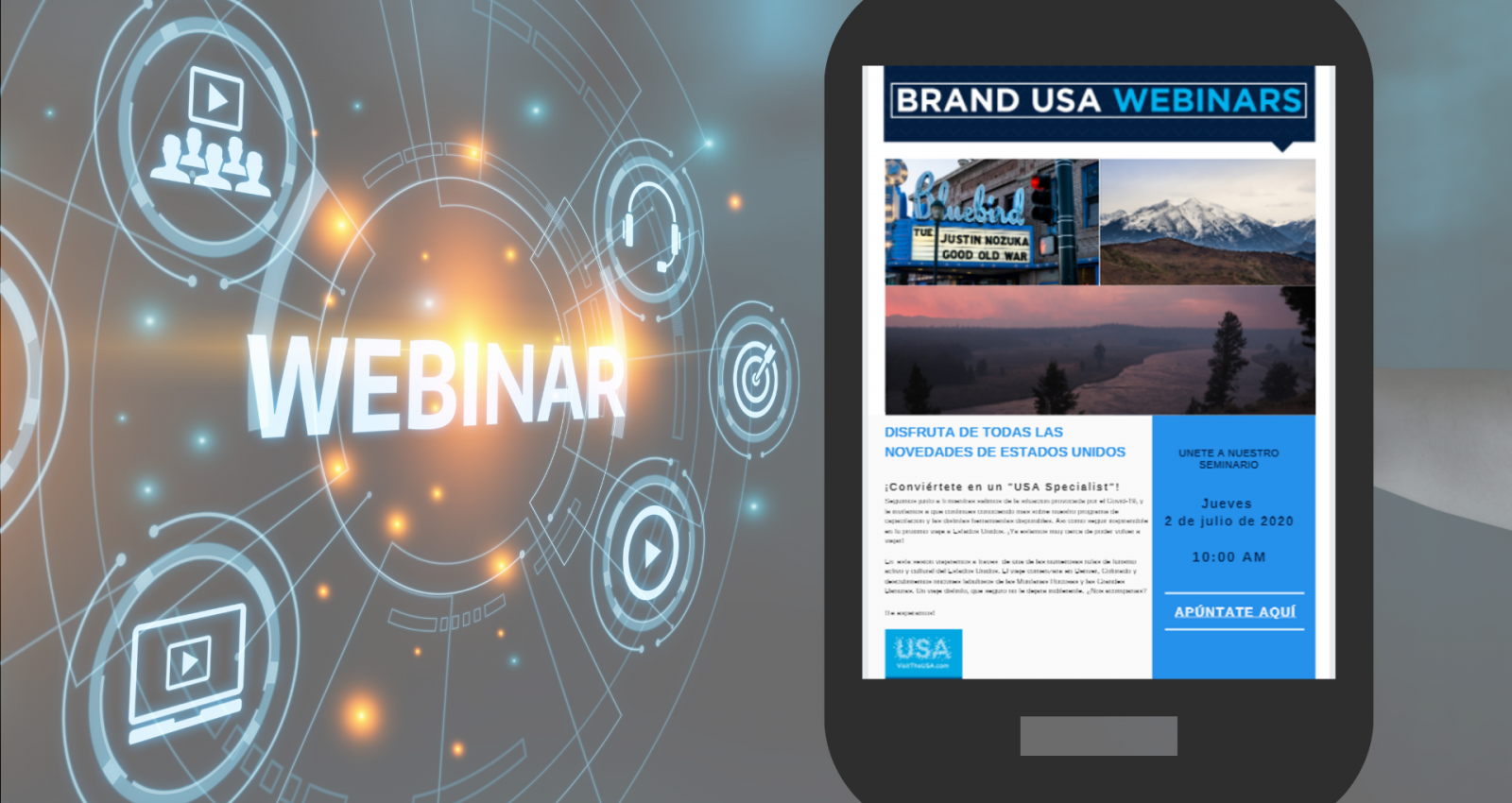 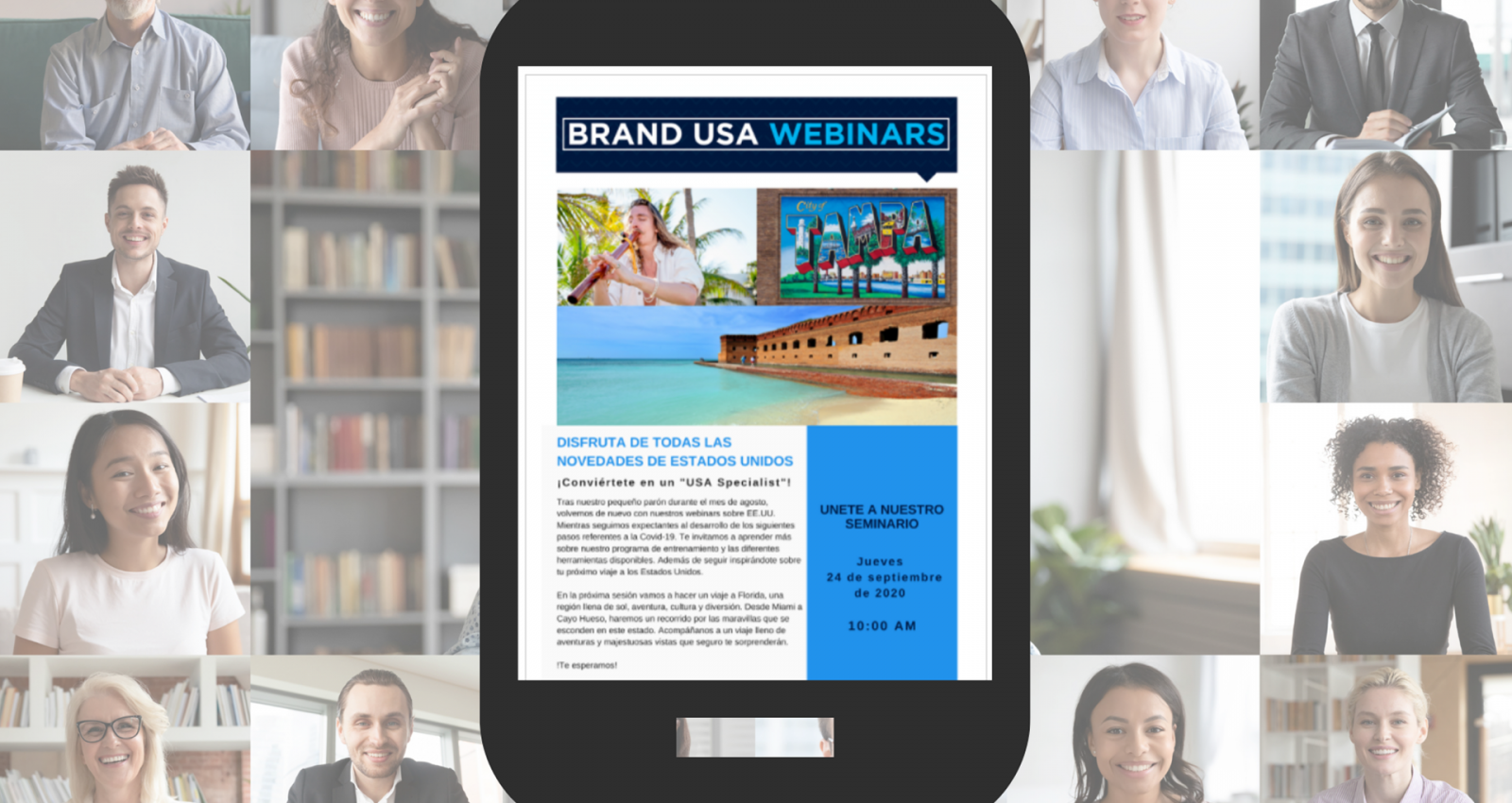 The webinar series commenced in March and continued until August 2020. Bi-weekly a new itinerary would be presented to travel agents and tour operators from the Spanish market.

There were also numerous incentives that were launched and promoted through the webinars, whose prizes included Amazon gift cards. Once the webinars took place participants were sent the links to the recordings so that they could use them as inspiration guides.

The participants would vote for the next itinerary and were open to asking questions to gain more information about the United States of America .

We received a lot of interest from the Spanish travel agents and tour operators.

Results: We saw an increase in the number of agents registering for the USA Discovery Programme (more than 800 badges completed)

Contactez-nous
Your browser is out-of-date!