COVID-19 crisis: Collapse of the tourism sector in Italy. 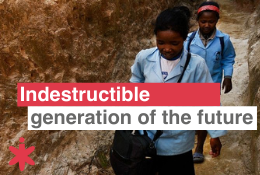 When the authors of Indestructibles, Xavier Aldecoa and Alfons Rodríguez told us about the material they had collected during more than two years travelling around Africa and all the projects they had in their hands to spread the stories of the Indestructible children, we did not hesitate to embark on this adventure to help them spread the project and so we decided to become their communication agency.

Over the last decade, Interface Tourism Spain has worked to promote African destinations and tourism companies with a very similar objective to that with which Indestructibles was born: to break away from the stereotypes of a continent that beyond its wounds and traumas, is a place where its inhabitants share dreams and projects for the future. An immense and diverse continent, an exceptional mix of cultures with common denominators like, resilience, effort and the exceptional way of facing the life of its people. Because if there is something that unites us with those who live and work in the world of tourism, it is the empathy that is produced when we get to know other realities during our trips, that give us a unique approach to diverse contexts but that makes us equal to the citizens of any place in the world in what has to do with the essence of life like illusions, dreams, pain or love, where we are not so different.

The Indestructibles project collects those extraordinary stories of effort and achievement of children like Margaret, Kandji, Joad and his sisters Harriet and Liviana, Marceline or Paolo. All of these children opened their souls and told their dreams to Xavier Aldecoa, a journalist and correspondent in Africa, and Alfons Rodriguez, a documentary producer and photographer, that during their travels to ten African countries such as Ethiopia, D.R. of Congo, Chad, Madagascar, Mozambique, Uganda, Guinea Bissau, Cape Verde, Mali and Gambia. All these meetings have been compiled in different formats, such as a travelling photographic exhibition that has already been seen by more than 65,000 people in Catalonia and will continue its journey in 2020, setting off for other cities such as Elche, Madrid, Salamanca Sant Joan Despí (Barcelona), León, A Coruña and Las Palmas de Gran Canaria, among others.

The photographic exhibition is part of a transmedia documentary project presented in different formats, such as journalistic reports, a narrative journalism book, a photo book, an educational exhibition for schools, a webdoc or a documentary feature. The aim of all the formats is to offer a different view of the generation of the future in Africa through its current childhood through the stories of the Indestructibles.

“Africa is the continent of the future. In this region of the planet, where more babies are born than any other in the world, thousands of children are exposed to difficult and traumatic situations every year. But Africa is also the continent of change. The advances in education, the economic growth, the irruption of technology or the struggle of the African feminist movements are transforming the reality of the continent and it seemed important to us to highlight this positive aspect and resilience. We wanted to show stories of children, who beyond their wounds and traumas, share with all the children of the world, dreams and projects for the future”,

“Indestructibles has meant a very special stage in my career as a documentary filmmaker because this project has had a different component: the absolute protagonism of the Indestructible children. It was like filming and photographing the future. Or so we wanted to think. Hope, overcoming, resistance… it has been a positive journey to the reality of Africa.” 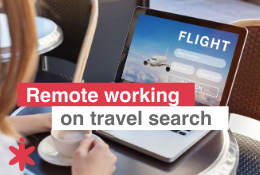 Remote working has an impact on travel search trends