Gastronomy, experience and memories of travelers

Every year I go through these dates when the Christmas lights and nougat arrive unexpectedly and early to the cities which remind me that you too have to start organizing to distribute among family and friends on the dates indicated .

Soon there will be almost three weeks of various celebrations, excessive and eternal family meals, parties with friends, reunions, Christmas carols, business dinners … And then we arrive at the beginning of January exhausted with a bad conscience of having eaten too much and looking for a good gym to resume the purpose we had already made at the end of the summer to return to a healthy life.

That’s why I find it less surprising that there are places in the world where people are willing to continue celebrating beyond the Three Kings. Because those places exist, it’s Puerto Rico where the longest Christmas in the world takes place. For more than forty-five days the streets of the capital San Juan and other localities on the island are filled with cheerful people, who are dressed in strapless t-shirts and summer dresses ready for salsa dancing and sing carols under the Caribbean sun. Of course, this sun and its beaches contribute much more to wanting to prolong the party than the cold and snow of the European winter.

With a marked combination of culture and a religious, gastronomic and musical influence, Puerto Rico begins its festivities at the end of November with the celebration of Thanksgiving Day. And it should not be forgotten that, regardless of its character and location in the heart of the Caribbean, Puerto Rico is an associated state of the United States and therefore its inhabitants celebrate Thanksgiving Day like many others. In 1621, the crew of the Mayflower ship arrived to the eastern coast of the United States. They sailed from England and established Thanksgiving as a thanksgiving to God for the crops that allowed them to survive the first winter in the New World.

The residents of the “Island of Enchantment” consume their traditional turkey on this day, which is a common dish found on almost all household tables of the United States during these dates. However, the Puerto Ricans (as Puerto Ricans are known), and due to the culinary heritage that came to the island from Africa and other neighboring Caribbean countries, accompany the turkey at the table with various types of rice, sweet potatoes and salads, such as potato, grain, elbow or vegetables.

This festivity is the beginning of the celebrations that are extended in Puerto Rico from the end of November until Christmas to end with the festivities of the Street of San Sebastian, at the end of January.

After the celebration of Thanksgiving, Puerto Ricans prepare for Christmas Eve and Christmas Day itself, December 24 and 25, and the feast of the Three Kings, January 5. All of them are Christian festivities that arrived to Puerto Rico by the hand of the Spaniards in the fifteenth century and are still celebrated with equal fervor, although with a little more celebration and many pagan celebrations in which music and food are the protagonists.

Because if there is one thing that distinguishes the people of Puerto Rico, it is their attachment to traditions and traditional music such as parrandas, trullas or aguinaldos, with a beautiful origin that is seen as a way to give away songs to neighbors in exchange for opening the doors of your house and inviting them to share your table.  Today the parrandas, are constituted by a group of people of different ages among which are some musicians who play their guitars, the four Puerto Rican, the güiro and the clave (two wooden sticks), and sometimes panderos de plena and even wind instruments, such as trombone and trumpet. And those parrandas are the ones that fill the colorful streets of Old San Juan, when its neighbors and visitors go out to the street and share carols, dances and transmit all the joy that fits in their souls (helped in some cases by the national drink, the piña colada). 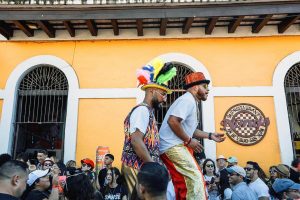 If you are lucky enough to experience a Christmas in Puerto Rico, take advantage of the open and welcoming character of the Puerto Rican and participate in a family meal where the piglet with pigeon peas rice or yucca and banana cakes will almost certainly be the protagonists. And if you want to escape the jolgorio of San Juan, come to Guavate, a small town in the central mountains known for its lechoneras, open-air restaurants that specialize in simmering pork. 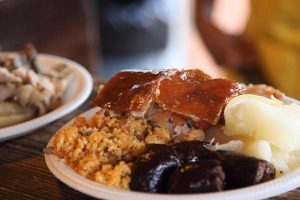 Because in Puerto Rico there are many towns that use Christmas a good reason to celebrate. This is the case, for example, in Hatillo, a small town in the northwest of the island where every year, on December 28th, the Festival de Máscaras (Masks Festival) takes place, reviving an ancient tradition that came from the Canary Islands.

In addition, the Three Wise Men also arrived in Puerto Rico and the Epiphany is celebrated with numerous parades, some of them multitudinous as the one that year after year summons more than 25,000 people in the small town of Juana Diaz.

And, while in other countries the Christmas holidays dilute in a few days or even disappear, in Puerto Rico there is still energy to continue celebrating with the traditional Fiestas de la Calle San Sebastián del Viejo San Juan, which attract thousands of locals and tourists every year the third weekend of January. This event is a celebration of Puerto Rican culture with parades of cabezudos, pleneros and numerous cultural acts such as musical performances, kiosks selling typical food and handicrafts.

There’s no doubt that Puerto Rico knows how to party, so if you’re one of those who believes that Christmas is too short, you have the perfect excuse to escape to the Caribbean this winter. 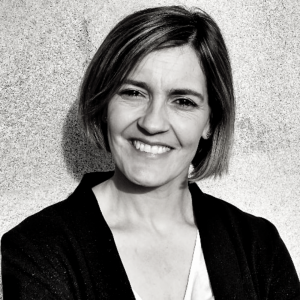 Travelling during christmas makes it even more special