Ethnic Tourism: Preserving the Roots Beyond the Show 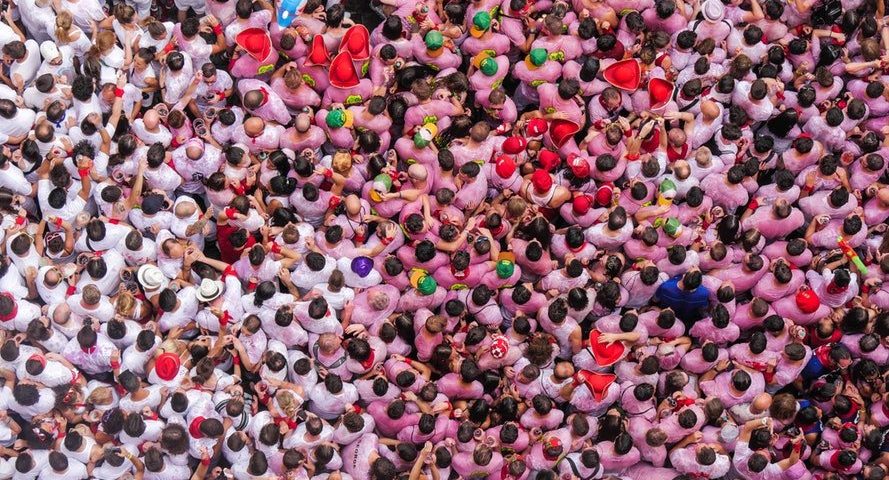 The nine day festival of Running of the Bulls, also known as Encierros, in Pamplona is a popular activity on the checklist of many thrill-seeking travellers. The tradition began in the 14th century as a religious festival to honor San Fermin who was from northern Spain. At first, the ritual was just about escorting the bulls from the fields to the bullring where they would later participate in a bull fight. Now, over a million people from all over the world travel to Pamplona in July to either watch or run in the festival and show off their bravery side by side angry bulls.

Spain is the world’s second most visited country in the world and the Pamplona festival is a major attraction that significantly adds to the total number of inbound tourism.

As a Canadian living in Spain, this custom seems a bit outdated to me, which is clearly an ethnocentric point of view. Ethnocentrism is evaluating other cultures according to preconceptions originating in the standards and customs of one’s own culture. However, despite my initial perceptions, this ritual is so deeply rooted in Spanish culture, tradition and even religion that it is inspiring in its own regard. Before each run, all participants chant a quick prayer in honour of San Fermin for protection and guidance throughout their run. Once the run is over, the streets transform into city-wide parties and festivals. The entire city comes alive for nine straight days of pure jubilation and nationalism.

From dusk until past dawn, the streets of Pamplona are overflown with people all dressed in white and red, dancing and drinking in the streets. The energy felt through every Pamplona pathway and avenue is so unique and exhilarating with a new set of people crammed into every street corner.

In recent years a new festival has taken place annual called The Running of the Bulls at San Fermin in New Orleans. This celebration is a way to bring a piece of the excitement from Pamplona to New Orleans but with more fitting conditions in Western culture. Since 2007, San Fermin in New Orleans has hosted events concurrent with Pamplona’s famous Running of the Bulls with an exciting twist on the real attraction. This year, participants are dressing up in the same traditional white garb with red bandanas as they do in Pamplona, but there are no real bulls in this run. The bulls are played by participants who dress up, wearing rollerblades and have plastic sticks that they hit the runners with, called “RollerBulls.” All funds for the event go towards charities, one of which is Animal Rescue New Orleans.

This event shows that even though they may not agree with the authentic Running of the Bulls in Pamplona, the community of New Orleans replicates a foreign cultural event and alters it to fit in with their own acceptable set of norms. There may be some significant difference between these two events, but it goes to show that even though there are cultural differences between people and places, people work hard to embrace parts of other cultures in a positive way.

As a Canadian who is visiting this breath-taking country for a short 7 weeks, I strive to appreciate the differences between my culture and those foreign to me. From what I have seen, the San Fermin Festival is just one of the many colourfully cultural aspects that Spain has to offer.