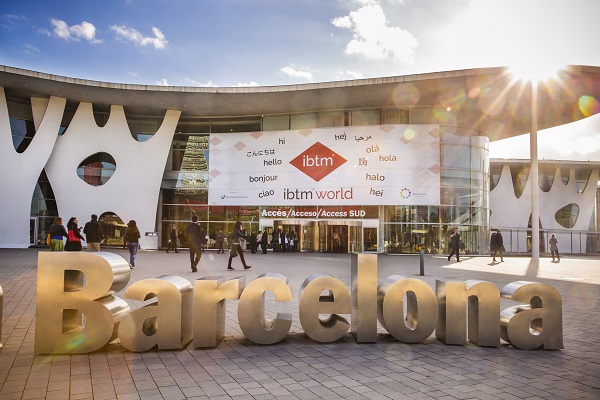 Tomorrow, the thirtieth edition of the IBTM World fair, specialized in the organization and planning of MICE events, begins in Barcelona. This event will take place until next 30th of November and more than 15,000 professionals from around the world will participate in it.

The organization of the fair reports an increased participation of high-level buyers, among which are brands such as Volvo, L’Oréal, Microsoft, Gucci or Shell, and note that 70% of these companies have a budget that exceeds $ 500,000 for their events.

Each year many emerging destinations seek to expand their promotion, publicize their offer for incentive trips and attract in this way a greater number of international tourists.

This edition of IBTM is characterized by the strong presence of African markets such as the Rwanda Convention Bureau or the Tourism Council of Kenya as well as the Moroccan National Tourism Office and the Egyptian Tourism Authority. The Tourism Offices of Botswana, Uganda and Tanzania will also attend; these are African countries with great MICE potential and much to offer to the Spanish and international tourist.

On top of this, Edinburgh will be positioning itself as a place of reference with MICE potential and also nations such as Russia, Kazakhstan, Iran and Japan.

Interface Toursim Spain will be present at the fair accompanying its client Tourism of Panama, which, thanks to the privileged geographical position of Tocumen, its international airport, has become the hub of the Americas, offering unbeatable air connectivity with the main destinations of America, Europe and the world. It should also be noted that Panama City has a modern and varied hotel infrastructure (more than 20,000 rooms in the capital and another 10,000 distributed throughout the country), and 1.2 million square meters of meeting spaces, distributed in conference halls and unique buildings capable of hosting all kinds of events, congresses, fairs, seminars and meetings.

At the end of 2018, Panama will inaugurate the Amador Convention Center (CCA), with a 25-thousand people capacity, which will position itself as one of the leading emerging destinations of the American continent for MICE tourism.